Walk With Your Work!

Remember Friendster and MySpace? These two services completely changed the way we communicate with friends, family, and even random strangers when you think about it. The founding of some of the largest social media platforms came much later: Facebook in 2004, Twitter in 2006, Instagram in 2010, and even programs like Facebook Messenger and Snapchat in 2011.

In fact, what you’re reading right now IS social media! Through the internet, we are blessed to have easy access to whatever we may be curious about! So to celebrate, text that old friend from high school that you’ve never had time to reach out to, and tell them “Happy Social Media Day!”

The Knox Chamber of Commerce has announced the Knox Workplace Team Walking Challenge. A perfect opportunity for businesses around the area to get out of the office and get active!

The event runs from September 5th through October 2nd, so you have plenty of time to get your team together and compete for the countywide competition.

Today is the last day of June, and that means July First Friday is just around the corner!

This month is all about “Honoring Our Hometown Heroes” and kicking off July 4th weekend!

The event will begin at 6pm on July 2nd and run through 9pm.

Congratulations to Monica from Mount Vernon for winning this week’s $5 gift card to Everlasting Cup with her correct answer!

Making Something Out of Nothing

Today, I recapped the Centerburg Heart of Ohio USA Days Festival that took place Thursday through Saturday this past weekend.

Now we look forward to July First Friday on the 2nd that I talked about briefly as well.

Of course, I also shared some Monday Motivation from Our Daily Bread.

Name something you pick.

Congratulations to Jennifer of Mount Vernon for correctly guessing the top two answers and winning the $5 gift card to Everlasting Cup!

Here’s this week’s countdown as we celebrate the August First Friday and our Dawg-ust costume parade!

Lauren Daigle – Rescue
watch the video by clicking the picture!

Thanks for listening!
– Joe and Todd

Here was the Countdown for This Week

Break Out Hit of The Week: Let It Rain (Is There Anybody)- Crowder/Mandisa 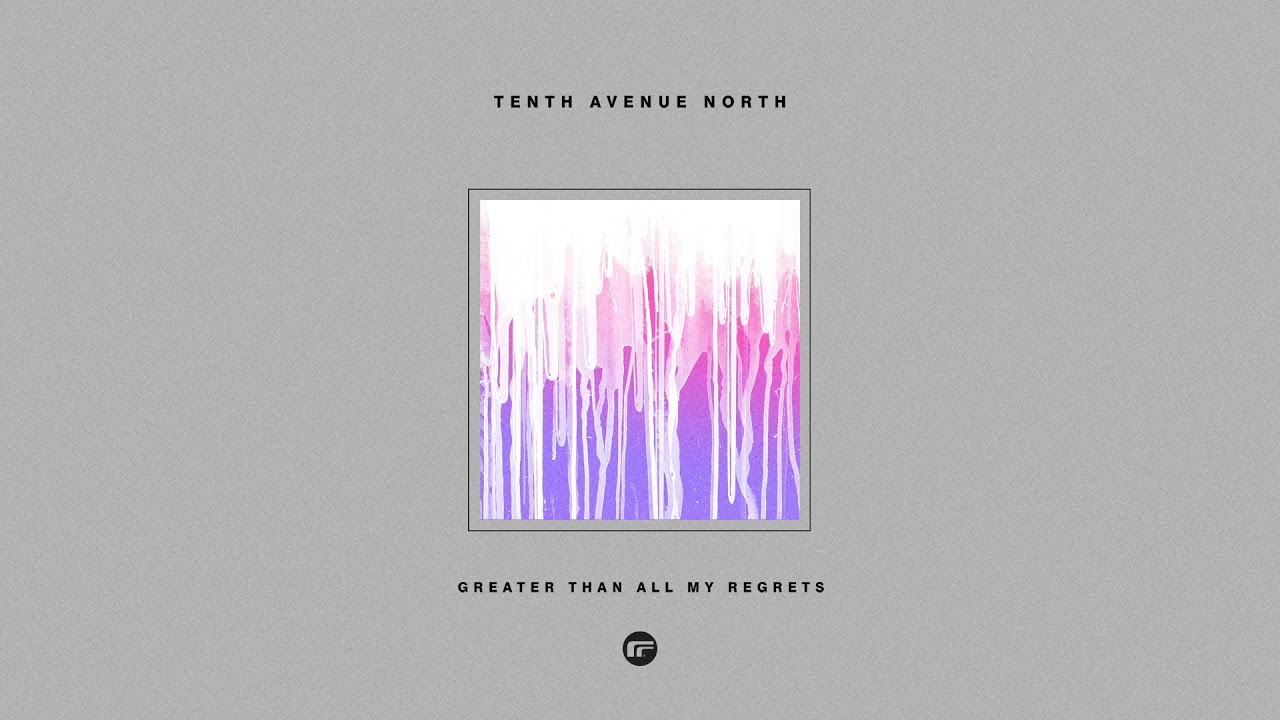 Thanks for Listening!- Todd

Who Knew it Was June?

Today we talked with Carrie Hyman about June First Friday! It’s the first First Friday so there’s a lot of buzz! This year’s theme is Summer Celebration!

WNZR will be there too with one of our signature prize baskets! This one is called the Shape Up, Clean up, Drink Up, Dress Up and Soak Up Prize Basket valued at over 240$! Head to www.wnzr.fm for full details on the prize basket giveaway!

Also a congratulations to Melissa from Mount Vernon for answering our Who Knew Wednesday Trivia Question. She correctly listed two items in our prize basket!

It’s Fall Break here on the campus of MVNU, and we hope you’re having a great day! Fall is here and kicking in to full gear!
Today on the show, I talked about the awesome weekend we had!
We held WNZR’s Dogtoberfest as part of Main Street Mt. Vernon’s First Friday!
We also took part in the Starting Point Walk, which was an incredible event, and they have surpassed their goal of $59,000, so we would like to thank everyone who donated!
Check out pictures from these events on our Facebook, WNZR 90.9fm.

For Mystery Monday, we had a music related question! More specifically, it was about the Dove awards, happening a week from tomorrow!
Our question was… “Can you name two of the five songs that were nominated for the ‘Pop/Contemporary Song of the Year’ category?

Congratulations to Sherrisa from Howard! She correctly guessed and won that $5 gift certificate to Troyer’s of Apple Valley!

The Dove Awards are next Tuesday, October 17th, so be sure to keep it here on WNZR for all the results on Wednesday the 18th!

We are also celebrating Clergy Appreciation Month here at WNZR, and we are giving you so many chances for your pastors to win!
Click the link here to find out more!

22 “let us draw near to God with a sincere heart and with the full assurance that faith brings, having our hearts sprinkled to cleanse us from a guilty conscience and having our bodies washed with pure water.”

Sometimes we hide behind prayer – we hope it will cover for disobedience in other areas.  God may tell us to do things, but we keep “praying about it,” with no steps of action.

A lifestyle of obedience, while not a condition that earns salvation, is a major key to answered prayers.  We need to be serious about what God says and strive to be obedient.

46 “Why do you call me, ‘Lord, Lord,’ and do not do what I say? 47 As for everyone who comes to me and hears my words and puts them into practice, I will show you what they are like. 48 They are like a man building a house, who dug down deep and laid the foundation on rock. When a flood came, the torrent struck that house but could not shake it, because it was well built.”

We’re not perfect, but how can we argue with that statement?  To not follow him with faith and submission while claiming total allegiance, is the same as saying our love for Him is a cup of lukewarm coffee, at best.

Prayers generated by a rebellious heart are contradictory to one another.  In Joshua 7, when Joshua was trying to understand the defeat at Ai, 10 The Lord said to Joshua, “Stand up! What are you doing down on your face? 11 Israel has sinned; they have violated my covenant, which I commanded them to keep.”

The better course of action, God said, was to go find the source of the problem, remove it from the camp and then the relationship would be restored.  Instead of hiding behind prayer, pray while being obedient.

God instructed several of the prophets to stop praying for Israel or the wayward generation – we read these in Jeremiah 7:16-17, Ezekiel 20:31 and Isaiah 1:19-20.

Obedience matters.  Not in a legalistic way, but we must remember that life as a Christ-follower should never be an attempt at doing as little as necessary.  A person truly in Christ is always moving in a direction of greater obedience to Him.

3 All who have this hope in him purify themselves, just as he is pure.

7 Dear children, do not let anyone lead you astray. The one who does what is right is righteous, just as he is righteous.

Prayer offers you the ongoing incentive to keep pursuing it!  Wanting to be close to God is worth it.  Hebrews 11:25, 5 He chose to be mistreated along with the people of God rather than to enjoy the fleeting pleasures of sin.”

Look at the things you’re praying for. Are they happening?  Are they clearly marked by God’s blessing?  If not, it might not mean your life is out of phase with God’s word, but you might want to “check in” just to see. We need to seek to identify any hold of resistance or rebellion in our lives.

This means self proclaimed, so-called.

Soi-disant, which in French means literally “saying oneself,” is one of hundreds of French terms that entered English in the 18th century, during the period known as the Enlightenment. Even as political antipathies between France and England were being played out on battlefields in Europe and America, English speakers were peppering their speech and writing with French. Soi-disant first began appearing in English texts in the mid-18th century as a disparaging term for someone who styles or fancies himself or herself in some role. Crêpe, vis-à-vis, étiquette, and sang-froid are a few of the other French terms that became naturalized in English at that time.

How do you approach God in prayer? Humbly? Or pridefully?
In humility, we more clearly see our need for God’s guidance, grace, and forgiveness. And in humility we honestly admit our sin and willingly cry out to Him while turning away in repentance from anything that displeases Him. Pride, however resists this attitude – too vulnerable, beneath us, a sign of weakness. Pride assumes self sufficiency, and boasts of self righteousness.
We get in to trouble any time we overlook the fact that our lives are a gift from God, and we are undeserving of the mercy, grace and blessings He’s given us.

Prideful people see themselves as wise. They’re looking to gain honor believing they likely deserve it. But a prideful attitude hurts and disqualifies us, while a humble attitude is what God blesses and builds up.

To sum up, God hates pride and loves humility. It’s that simple. This truth should be branded on our hearts as we seek to walk closely with Him. The only way to properly approach a holy, sovereign, omnipotent God is in total humility and in total confession of sin. We must stay at war with our own pride, resolving to quickly deal with anything that displeases Him so we can stay unhindered in our relationship with Him, and mighty in prayer. Humility is a fundamental attitude of the heart for maintaining intimacy with God and a vibrant prayer life. By repenting of our sins and humbling ourselves daily before Christ, we please the Lord and pray much more frequently and much more powerfully.

Summer is coming to an end, but that doesn’t mean you can’t still enjoy a staple summer treat! That’s right! The ice cream sandwich!
Here are some fun facts about the amazing summer snack…